How We Got Here: History of Pompano Beach | Sabbia Beach Condos 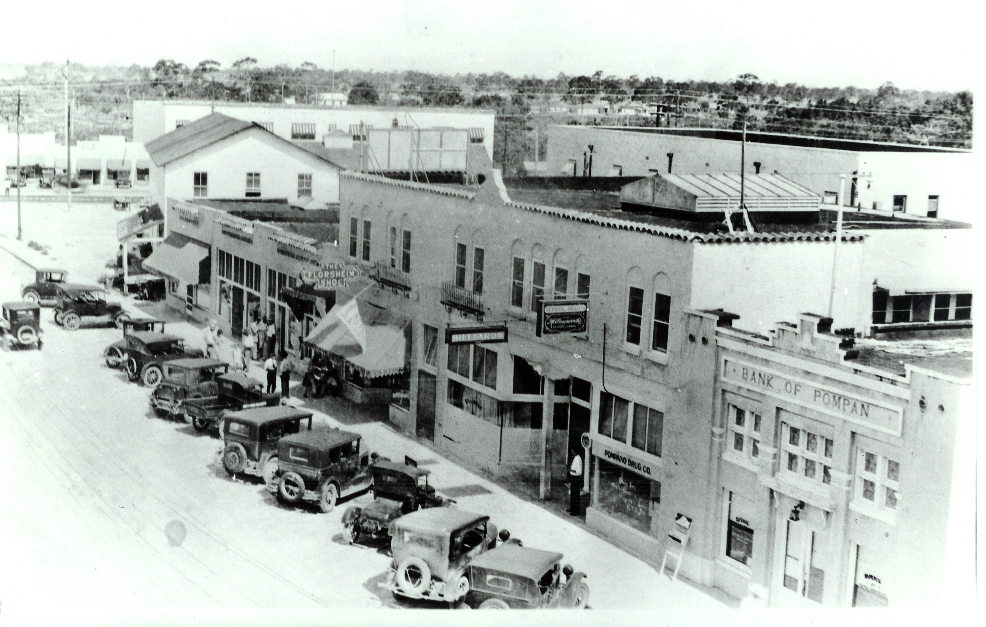 As you sit sipping your chilled Vueve Clicquot Champagne on the expansive balcony of your beautiful new Sabbia Beach condominium overlooking the Atlantic Ocean, you may wonder how this all came to be, rising out of the sand.

Although Florida became a U.S. territory in 1821, few inhabitants—European or native American—remained in the area; it was isolated and mainly impenetrable. Until the coming of the railroad, that is.

It all started in 1896 with the arrival of George Butler and Frank Sheen and their families. The first documented residents of the area, the two had arrived as railway employees, part of the great Florida expansion triggered by Henry Flagler’s ventures in the state. Legend has it that Sheen, who was surveying the area, noted on his records the name of the fish he had eaten at dinner: a pompano. Thus, a community got its name and, with the arrival of the first train on February 22, 1896, a town was born in what was then Palm Beach County.

Incorporated as part of Dade County on July 3, 1908, the Town of Pompano contained exactly 269 residents, as recorded by the 1910 census. Pompano became part of Broward County when it was established in 1915. It officially became the city of Pompano Beach in 1947 and, by the 1930 census, the town had experienced over 300% growth in population, recording 2,614 citizens. This trend continued steadily through the 20th Century, with new residents lured by the tropical climate and the natural beauty of the area. The 2010 census counted nearly 100,000 people living along its 3.5 miles of pristine beaches.

Throughout much of its modern history, Pompano Beach was regarded as a sleepy beach town, often noted in travel guides with less-than-flattering descriptions. Development was piecemeal and haphazard, the beach was unkempt, and the city offered little to attract visitors or investment.

The city decided to make changes based on community and traveler feedback. They created two Community Redevelopment Agency areas. Since then, Pompano Beach has invested millions of dollars in improvements to not only revitalize the beach, but to create a new beachside streetscape, a beachside garage, a new fire station and library near the beach and the soon-to-be re-vamped pier.

The city’s upscale transformation has been nothing short of spectacular, from the just-opened Cultural Arts Center, to the fun-filled Lady Luck Shipwreck Park, and the arrival of world-class restaurants and recreation opportunities.

The city, along with New Urban Communities, are developing Pompano Fishing Village, located from the beach to the intracoastal at the Fishing Pier. With the parking garage now complete, the first of many projects is currently under construction.

Directly on the beach will be the Pompano Beach House, a casual yet upscale American grill and bar, operated by the same group that operates Grille 401 on Las Olas in Fort Lauderdale. The Pompano Beach House is currently under construction and expected to be open by Thanksgiving.

Oceanic at Pompano Beach is an exciting new restaurant concept from Raleigh-based LMR, LLC and a homecoming for founders Lou and Joy Moshakos who began their restaurant careers in Deerfield Beach 40 years ago. The ocean-front restaurant, adjacent to the pier, promises to deliver a dynamic experience which starts with the architectural wow-factor. The culinary offering is equally as exciting. The menu features fresh local seafood and grilled items prepared to perfection. Oceanic is slated to start construction in the fall and be open by Summer 2018.

In addition, leases have been signed and the permitting process is under way for proposed eateries that include a BurgerFi and a favorite sweet indulgence, Kilwins.

BurgerFi is an upscale hamburger chain featuring a wide variety of gourmet-style hamburgers, including Wagyu beef, veggie burgers, and lettuce wrap burgers, accompanied by such unique spreads as bacon jam and truffle aioli.

Kilwins is an ice cream parlor and dessert franchise known since 1947 for its high-quality products and friendly customer service. It offers such delicacies as sea-salt caramels, fudge, candy apples, and its famous Kilwins Original Recipe Ice Cream in dozens of flavors.

The new tenants will be a welcoming change to the area since Hurricane Wilma destroyed the old Fisherman’s Wharf restaurant in 2005. Since then, there has been no waterfront dining available in the area.

Of course, there is the famous fishing pier itself, being completely renovated in the shape of—what else—a fish. Hurricane Sandy’s storm surge damaged part of the pier, but the new one will be four feet higher to accommodate rising sea levels, and nearly 70% wider and featuring shade canopies.

In just over 100 years Pompano Beach has gone from a careless notation on a survey map to a growing, thriving city poised to become THE destination resort in South Florida. And, perfectly positioned in the center of all this exciting activity are the ultra-luxurious residences of Sabbia Beach condominiums.